Meeting Professionals International (MPI) describes a hosted buyer program as a “hosted set of appointments between buyers (event planners) and sellers of goods, services and venues (suppliers)” where event industry suppliers pay a fee to participate, which helps cover event planners’ hotel costs and conference registration. The goal is to create a series of short “matched” meetings between suppliers and event planners who are pre-qualified as buyers of their specific services, goods, and/or venues.

However, the MPI Hosted Buyer Program and Educational Conference and most programs like it have become more than just appointments on the schedule. Today, the gatherings include education, networking and fun events to make it more attractive to attend for both planners and suppliers.

I attended IMEX in Las Vegas as a member of the media almost two years ago, and it marked the first time I witnessed a hosted buyer program for the meetings and events industry in action. It was hard to make it around the whole trade show floor as it was so huge, and I attempted to take in a few education sessions as well. There were booths that were average, and then there were booths that were outstanding and caught my attention and time (orchid bracelets being made in the Hawaii booth, the Dominican Republic featuring cigar rolling, Switzerland offering mini reflexology treatments while drinking a glass of champagne, and Washington, DC showcasing a talented barista doing incredible coffee art.).

Orchid bracelets being crafted at the Hawaii booth at IMEX. 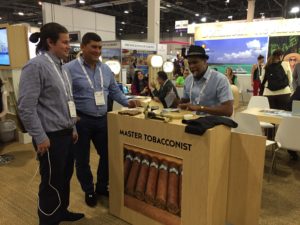 Through a co-op program, Destination Colorado rallies member destinations, hotels, resorts and more to host an attractive booth at IMEX that oozes Colorado and features supplier representatives from around the state. 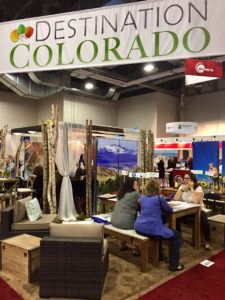 “The advantages to sellers with hosted buyer programs is you can screen recipients and get the most qualified planners. In the case of IMEX and other hosted buyer programs, the hosted buyers are required to hit a certain number of appointments just like the planners,” says Thad Carlson, senior director of sales for Devil’s Thumb Ranch Resort & Spa near Winter Park, Colorado.

However, the cost of an event goes up dramatically with hosted buyer programs and so suppliers need to be selective, he cautions. “IMEX is one of the premier tradeshows, and co-ops make it affordable to attend. Devil’s Thumb Ranch also has attended a hosted buyer program through Smart Meetings at The Broadmoor previously, and we chose that one in part because it was in Colorado, which made travel easier and we could showcase the state where our venue is located (e.g., scenery, airport, etc.).”

Two tips Carlson directs toward suppliers are “be informative yet mindful of planner’s time and have a giveaway that planners like.”

Kathy Reak, senior director of convention sales for Visit Colorado Springs, notes that “most all hosted buyer and non-appointment formats also build in networking time so planners and suppliers can get to know each other in a more casual format.” Receptions, food and beverage are popular, and some programs are even taking an afternoon to offer some kind of off-property event like a food tour, beer or wine tasting, scavenger hunts, bike tours, etc. in order to allow more interaction and team-building, she says. 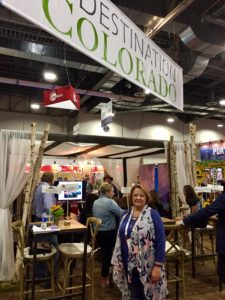 Kathy Reak of Visit Colorado Springs was one of the suppliers talking to planners at Destination Colorado’s IMEX booth.

As the owner of a small, Colorado-based corporate meeting and event planning business, Cari “Cas” Strouse, CMP, CMM of Cas Strouse & Associates, finds hosted buyer programs beneficial because they often help offset some of the costs to attend a conference. “I also find a hosted buyer program helpful when you are hosted by different industry partners, as you are able to be introduced to some destinations and properties that you wouldn’t normally get to engage with,” she says.

Strouse prefers to attend programs that have a global reach of industry partners and locations since she does a fair amount of international work and a solid education piece. “The destination of the conference is not nearly as important as the first two items unless it’s an area I have not been to and know that it could be a possible destination for my clients,” Strouse explains.

Like suppliers, planners should have clear goals in mind when taking part in hosted buyer programs. “I always hope to provide at least one to two RFPs [requests for proposals] to the destination/properties currently on a client’s list,” she says. “I also make sure I’m walking away with at least five new contacts from industry peers and partners to reach out to after the conference to discuss best practices or continue discussion on a property.”

She adds, “I also love it when I’m exposed to a brand new destination or property that wasn’t on my radar and then can be provided to the client for their potential upcoming meetings and events. Many times this happens organically in networking conversation and recommendations. I had this exact opportunity present itself for Vietnam. Because of the dialogue, introduction and a bit of education I was able to discuss Vietnam with my client, and it became a new incentive destination for their team.”

Don’t let the name “hosted buyer program” scare you away, as the bottom line is it’s a way to connect planners and suppliers who might have a shot at working together. That can be good and efficient for everyone involved. Plus you might just receive the coolest cup of coffee ever with your face staring back! 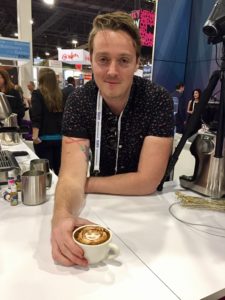